DUNTON, Essex, 28 April 2020 – In what would have been the week of the Commercial Vehicle Show 2020, Ford’s plans to mark 55 years of Transit sales – and commercial vehicle market leadership – are on hold. 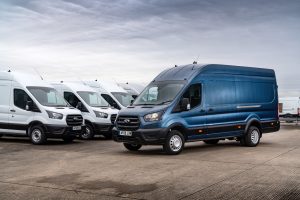 The celebration is on hold for good reason – its own Transit fleet has been redeployed to assist the NHS and other organisations in the battle against the Coronavirus pandemic.

More than three million* Transits have been sold in the UK since production began at Ford’s Langley Plant in 1965, and today the Transit range is being put to urgent emergency use.

Aside from Ford vehicles already in operation with the emergency services, more than 200 Ford of Britain demonstrator, pool and press vehicles have been deployed to 40 different organisations – including 10 NHS ambulance service trusts – in support of their community-focused work. This vehicle total includes 131 Transit vans.

“Throughout this unprecedented crisis, the van economy has made an unrelenting and continued contribution to the well-being of this country,” said Mandy Dean, director, Commercial Vehicles, Ford of Britain.

“As soon as we saw the huge rise in demand for vehicles to support everything from home deliveries to providing transport for care homes, we took action and pressed into urgent service every available Transit and other vehicle in our fleet.”

Around a quarter of the vehicles are on loan to food retailers, with others supporting other delivery services – all coping with higher than normal demand.

Pre-crisis the UK was already leading Europe in internet shopping, with around 85 per cent of Brits were purchasing online last year, according to the Centre for Economics and Business Research.

The U.K. is becoming increasingly reliant on commercial vehicles, as evidenced by the growth in van sales in recent years, with around one in 10 British workers dependent on a van to carry out their work, or around 3.4 million people (SMMT).

While van numbers grow, there is increasing regulatory pressure to reduce emissions and improve local air quality. The EU requires that by the end of this decade new vans emit 31 per cent average less CO2 than today. 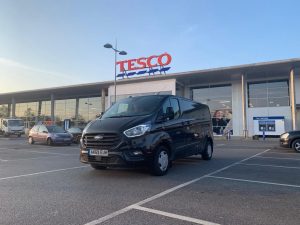 London’s Ultra Low Emission Zone was introduced just over a year ago, at the same time as trials of the Transit Custom Plug-in Hybrid (PHEV) were underway. The Transit Custom PHEV is now on-sale and has since been approved for the Plug-in Van Grant by the Office for Low Emission Vehicles (OLEV), making it eligible for up to £8,000 off its list price.

Transit Custom PHEV gains geofencing technology as part of its FordPass Connect telematics package from later this year. This enables the vehicle to automatically switch to zero-emission driving on “EV Now” mode when entering a low-emission zone, or a user-specified geofenced area.

FordPass Connect modems will feature as standard on all Ford commercial vehicles – Fiesta Van, all Transit and Tourneo family models and Ranger pick-up, and as an aftermarket option for Courier. This technology will help ensure businesses comply with emissions zone requirements and reduce the likelihood of charges or penalties.

Fiesta Van will later this year be available with mild-hybrid (mHEV) technology on 125PS variants of the 1.0-litre EcoBoost, targeting CO2 emissions of 96g/km and fuel economy of 56mpg (NEDC).

Transit will enter a new electrification phase in Europe with an all-electric Battery Electric Vehicle (BEV), which will also be sold in the US.

To assist customers at this difficult time, Ford has introduced a “Peace of Mind” programme for those wanting to purchase a new commercial vehicle.

In collaboration with Ford Credit, Ford’s in-house bank, Ford is providing cashback to help cover three monthly payments, or a reduction to the same value on the amount borrowed. With the option to also defer finance payments for the first three months, customers are eligible for up to six months of payment-free vehicle ownership from delivery, with zero per cent APR finance.

“We like to think of our strong commercial vehicle range and our market leadership as being the ‘Backbone of Britain’, and this has never been more the case than during this current crisis,” said Dean.

“However, it’s also true that operators of vans of all makes and sizes have all played their part in helping to keep goods and people moving and the economy running through the pandemic. Together, we all truly are the ‘Backbone of Britain’.” 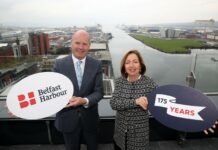 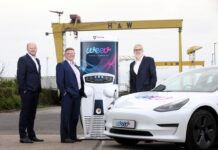 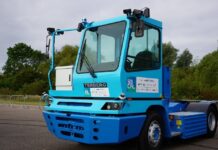 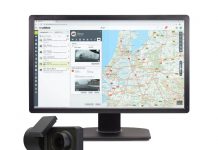 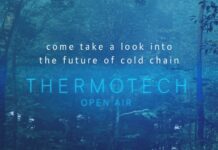