A spectacular video has been released showing the demolition of one of the old cranes at Belfast Harbour that are being replaced as part of a £40m investment in upgrading the Victoria Terminal 3 (VT3) container terminal.

The cranes are being removed – Watch the video here https://www.youtube.com/watch?v=jLL0ml3vmBc – to make way for 10 new models, the first of which – a £6.6m ship-to-shore container handling crane – was recently installed. It was Belfast Harbour’s largest ever investment in a single piece of port equipment.

The new fully electric crane is part of a three-year investment project to significantly improve the container terminal’s safety, sustainability, efficiency and capacity, progressing Belfast Harbour’s ambition to be the best regional port in the world. 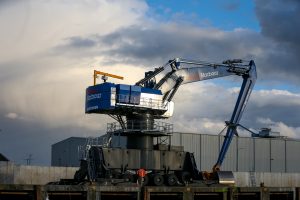 Since Belfast Harbour sources all its electricity from green energy, this new fully electric crane will also be carbon neutral.

Michael Robinson, Belfast Harbour’s Port Director, said: “As part of our £40m investment programme in VT3, this new crane will service the increasingly large container ships importing and exporting from Belfast. It is one of ten new cranes that are being installed, supporting Belfast Harbour’s SMART Port strategy to improve efficiency through new technology and further our ambition to be the best regional port in the world.

“With a high degree of self-automation incorporated into our new crane investments we will be able to enhance operational safety and do so in a more sustainable manner. The enhanced capability of the new cranes will also increase the container terminal capacity by 30%, helping us to cater for future economic growth.  The region’s importers and exporters will also benefit from the improved container discharging and loading efficiencies provided by the new cranes and our investment at the VT3 terminal.”

Manufactured by Liebherr in Co. Kerry, the crane was delivered to Belfast Harbour’s D1 site in March. After a 12-week construction period it was moved across the Victoria Channel by barge to VT3 in a complex 15-hour operation. It can lift 40 containers, each weighing up to 40 tonnes, from a ship every hour. It can operate in winds of up to 50 mph and weighs 765 tonnes. 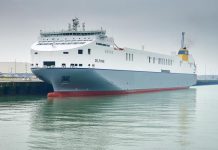 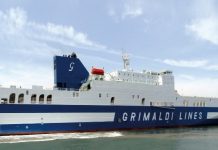 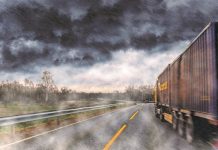 How to Turn Weather into Decision-Making Information 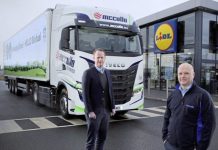 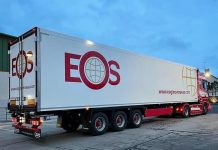