DAF Trucks is expanding its production capability with a new Electric Truck Assembly facility in Eindhoven, where the production of the New Generation DAF XD Electric and XF Electric will commence this spring.

These fully electric vehicles provide a range of over 500 ‘emissions-free’ kilometres, representing an important step by DAF in the pursuit of even cleaner road transport. 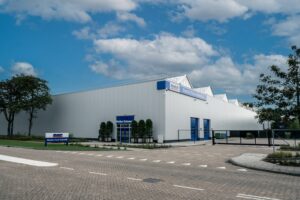 The purpose-built Electric Truck Assembly is situated at DAF Trucks’ main production plant in Eindhoven. Construction of the new facility for electric trucks was completed in 18-months. The first DAF XD Electric and XF Electric trucks will roll off the assembly line this spring. DAF expects production to rise to several thousand vehicles per annum over the next few years, in line with the increasing demand for fully electric trucks.

The basis for each new generation electric DAF truck is a so-called glider, a chassis without a driveline but with a cab. The glider is manufactured on DAF’s main truck production line. The 4×2 and 6×2 tractors and rigids are then completed to XD Electric and XF Electric trucks in an eight-step process on the Electric Truck Assembly production line.

The new facility comprises two assembly lines. Battery packs are assembled on the sub-assembly line while all high-voltage components, including batteries and driveline, are mounted on the chassis on the main assembly line. Thorough checks are then carried out at the final stations to ensure vehicles are finished to the highest quality standards. 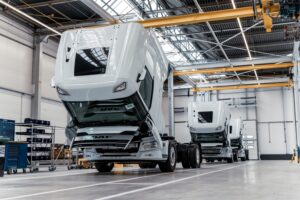 As with every DAF vehicle, the XD Electric and XF Electric are tailor-made to perfectly match the wishes of each individual customer. This is why electric PACCAR drivelines are modular. In addition to the availability of two PACCAR EX engines (with six different performance ratings), the battery packs can also be mounted in different positions on the chassis, depending on the customer’s requirements. This guarantees maximum flexibility for bodybuilders.

The DAF XD Electric and XF Electric were launched at the IAA fair in Hanover in September 2022.The fully electric PACCAR drivelines deliver outputs of between 170 and 350 kW (210 to480 hp). DAF also offers a choice of battery packs using a modular approach. The smallest pack contains two ‘strings’ which together have a capacity of 210 kWh and offers a range of up to 200 kilometres. The largest has 5 ‘strings’ with a capacity of 525 kWh and can achieve a range of over 500 kilometres. The electric trucks are perfectly equipped for rapid charging and even the largest battery pack can be charged from 0% to 80% in just over 45 minutes.

International Truck of the Year

The brand-new DAF XD represents a new benchmark in the distribution segment thanks to its unparalleled safety features and efficiency and its sublime driver comfort. Not surprisingly, the DAF XD series was recently crowned ‘International Truck of the Year 2023’ following in the footsteps of the DAF XF, XG and XG+, which were named ‘International Truck of the Year 2022’.The unique DNA of the XD, XF, XG and XG⁺ is also a standard feature of the XD Electric and XF Electric. 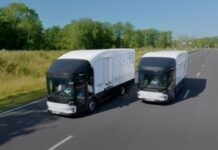 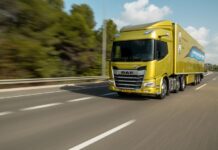 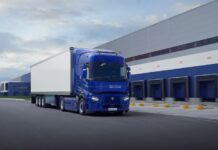 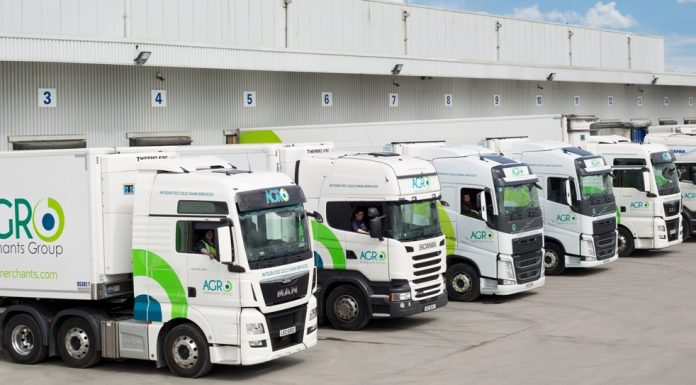