It is out with the old and in with the new. The past year has been an eventful one in many ways on both the political and business fronts. What 2017 holds is anybody’s guess, but one thing is for sure – we can expect more of the unexpected. 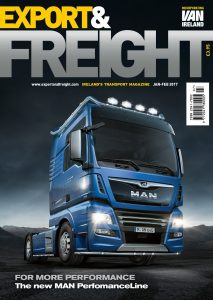 It has, though, been a very good 2016 for quite a few sectors, not least the van market. With more than 350,000 light commercials registered, it looks as if it has been a record-breaking performance; we will know for sure later in January. Meanwhile, the HGV market hasn’t done so badly, either, as business confidence remains positive despite Brexit.

Freight operators have also been doing good business, a case in point being DSV Road who have experienced record highs in the handling of goods across the UK, while the runaway success of online retailing has resulted in continued growth in the door to door distribution sector.

It’s a similar story out at sea, with shipping volumes on the Irish Sea experiencing year-on-year growth. Ferry operators such as Seatruck are enjoying the benefits; it has seen an increase in trade of more than 18% in 2016, consolidating its position as the fastest growing operator on the Irish Sea.

All in all, the prospects for the New Year ahead are encouraging, but as always, only time will tell whether that optimism is well founded. One dear colleague and friend who won’t be with us this coming year is MAN Truck & Bus UK Managing Director Simon Elliott; he is off to pastures new having announced his resignation from the business. He will leave the company at the end of January, saying the time is now right to pass on the baton. We wish him well in the future.

So, what do we have in this New Year edition? As usual, our test drivers have been putting some new trucks and light commercials through their paces on local roads, including the new Scania S series 580, Iveco’s 18 tonne Eurocargo and the Daily’s 4×4, as well as testing out Mercedes-Benz’s Vito Tourer people carrier.

Meanwhile, we all know that getting out of the office and away from the daily grind is good for you, so with that in mind, why not join us for what has been described
as the biggest and best networking opportunity you will get all year – the inaugural Export & Freight European Golf Masters 2017. Yes, we are planning what will be an unforgettable golfing experience at the world famous exclusive 5 Star La Manga Club resort in Spain this coming spring. You will find all you need to know in this issue 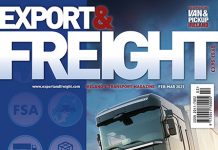 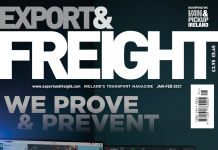 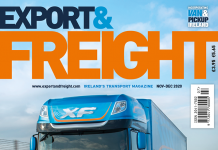 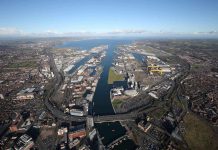 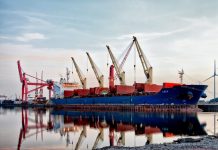 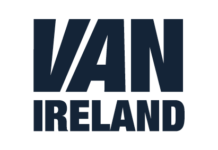