A third Mercedes-Benz delivery van is helping Belfast-based Kirks Home Bakery rise to the challenge of adapting to the fast-changing business landscape.

Supplied by MBNI Truck & Van, the Sprinter 314 CDI is powered by a fuel-efficient 143 hp engine that drives the rear wheels – the same model is also available with front-wheel drive. It has a long L3 body and high H2 roof.

The new van is now working alongside Kirks Home Bakery’s two previous Sprinters, which arrived via the same Retailer. All are delivering freshly baked bread, rolls, scones, cakes and other tasty treats six days per week to customers based in and around the city. 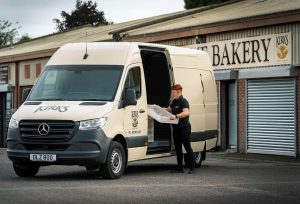 “We’ve had five Sprinters in succession now, but never more than two at a time,” revealed John Kirk, a Director of the family firm founded by his parents Robert and Sonya more than 25 years ago. “Rising demand for our products, however, persuaded us to set a third on the road.”

The vans supply Kirks’ two own-brand shops – one in central Belfast, the other in Ballyhackamore – as well as a host of independent outlets, including cafes and deli bars, across the city.

“During lockdown and in the period immediately thereafter the cafe trade reduced significantly, but our shop business really took off,” said Mr Kirk. “Now turnover is picking up again for cafes, while demand for our products sold over the counter has remained very high.”

Kirks runs one other smaller van, while Robert Kirk drives a Mercedes-Benz X-Class pickup, but the Sprinters make the majority of its deliveries. 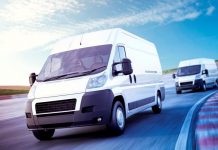 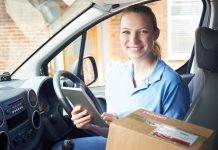 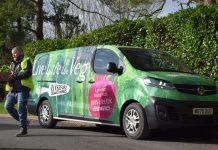 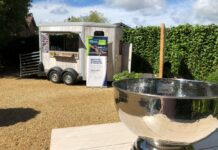 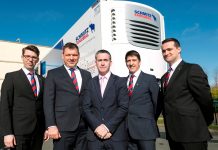 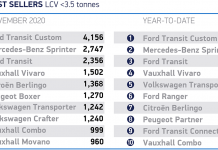