The RHA and McCulla Ireland Ltd recently met with the Foreign Secretary Liz Truss to discuss workable solutions to the Northern Ireland Protocol.

The Foreign Secretary indicated legislation will be tabled to Parliament within the next few weeks. She said close engagement with the RHA and other stakeholders would be necessary to ensure it was fit for purpose.

The proposals include green and red lane solutions at ports in Northern Ireland. The green lanes will be for goods remaining in the UK with the claim it will be similar to moving goods between England and Scotland. The red lane will be those going to the EU and subject to full customs and SPS requirements. Additionally, the current Trader Support Service scheme could continue under the red lane proposal.

Where the final destination is unknown, the green lane can be used, or alternatively the trader/haulier can use the red lane and declare the goods through the full customs and SPS requirements. If goods are subsequently moved to the EU single market, they can be declared at that stage. Additionally raw materials and parts can be sourced to either EU or UK standards, subject to the products’ final market.

It is also suggested an approved universal trusted trader scheme will be required for those businesses moving goods between Great Britain and Northern Ireland only and anyone found to be operating illegally will be subject to investigation and potential removal from the scheme.

The Foreign Secretary also indicated the government wanted a negotiated settlement and probably needed a biosecurity agreement to underpin it.

We strongly support a negotiated settlement to the full range of issues currently being experienced as a consequence of the Protocol. However, whilst there are “many landing zones” it’s a “smooth runway” we are after.

Any negotiated solution must have Northern Ireland front and centre and it’s not a matter of just “meeting in the middle” This is an issue that only the UK Government and the EU can solve and with the RHA having a direct line into Government hauliers who have experienced issues with the new trading arrangement can have an actual voice.

In addition to the issues resulting from the Protocol, Brexit has significantly affected “land bridge” journeys between NI and GB via Ireland return and Ireland to mainland EU via GB return which also needs further consideration.

The Foreign Secretary also sought views from attendees on the new framework and whether it would address our concerns. The proposals are framed around the UK Command paper published last summer and if agreed, will largely address most of the concerns hauliers have in regard to the additional requirements.

The RHA has been consistent in its lobbying since the Protocol was introduced in January 2021 and its fantastic to see others including politicians, the Government, the Commission and other key stakeholders now appear to agree with our initial stance.

The Foreign Secretary’s team will now forward further information to the RHA and other stakeholders for a view on the new scheme. We additionally requested clarity on the positioning of SPS controls for entry into the UK through Ireland in the event of a contamination or disease issue within the EU. 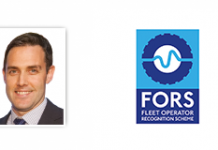 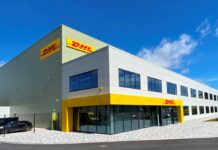 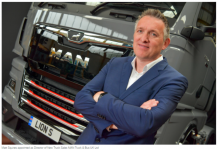 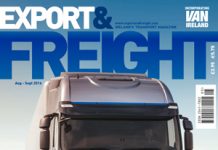 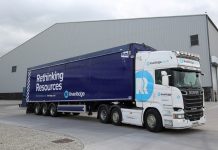