Logistics, in my opinion, has never been so crucial. Throughout the rise of internet shopping, Brexit and the advancement of technology, the industry has played a vital role in ensuring the UK continues to trade efficiently and effectively. However, despite being one of the UK’s largest sectors – contributing £124 billion gross value added (GVA) to the nation’s economy each year – logistics is frequently overlooked in terms of workforce recruitment.

Last year FTA’s Logistics Skills Report 2019 outlined a shortage of workers across the industry with 64% of logistics businesses struggling to fill vacancies.

With an existing shortfall of 59,000 HGV drivers in the UK, and with 33% of HGV drivers projected to retire over the next five years, more than 100,000 positions will need to be filled. For me, this is a key concern for such a developing, fast paced industry and is, in my opinion, a result of many factors.

As well as long working hours, public perception of the role can be quite negative, despite it requiring specialist skills and qualifications.

The need for such skills and qualifications is also a barrier when compared to lower skilled roles. FTA – the only business group that represents all of logistics – has been vocal in campaigning for the government to adapt the Apprenticeship Levy to become a Skills Levy, enabling previously unused funds to become available for more flexible training programmes which could be vital to closing this shortage gap.

The report also highlighted the industry’s reliance on EU workers – 13% of the entire logistics workforce are EU nationals – something both FTA and I feel needs to be recognised by government. The number of EU nationals moving to the UK for work has dropped to be more than 50% lower than previous levels and as a result, declining EU net migration has contributed to a 43% rise in job vacancies in the transport and storage industry over the past 24 months.

Despite this, on the 19 January 2020, the government proposed to bring forward restrictions on EU migrants deemed ‘low-skilled’ which will, in my opinion, worsen the severe labour shortage that exits.

Even if the £30,000 salary threshold – recommended by the Migration Advisory Committee – for the employment of non-UK workers after Brexit was to be reduced, businesses would still face issues recruiting non-UK workers due to the proposed future immigration system. Under the proposed system, non-UK workers must meet the required Regulated Qualification Framework (RQF) Level 3 threshold however, despite the high level of skill and knowledge required, being an LGV driver is officially a Level 2 qualification. As a result, these drivers would not be considered, whether they earn the salary threshold or not.

And while the proposed scheme is likely to include a temporary provision for additional EU workers for sectors suffering from a ‘specific shortage’ of staff, it is my belief that the arbitrary salary and qualification standards should be scrapped. Government must acknowledge how reliant the industry is on EU workers and reconsider its approach to ensure vital workers are welcomed post-Brexit transition period thus allowing Northern Ireland, and indeed the whole of the UK, to continue trading.

Now that we have a functioning local Assembly back up and running, we can pursue the skills gap with relevant Ministers and MLA’s and highlight the impact it is having on the entire logistics industry.

Unlike Great Britain, we share a land border with an EU member state and if we cannot train the right staff or, if we are unable to recruit due to migration rules, those businesses and potential workers only have to move a few miles south for other options and offers.

Life after Brexit in Northern Ireland – The real impact one month after! 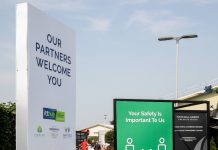 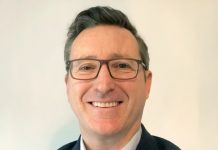 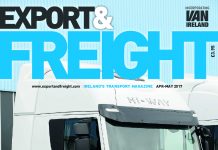 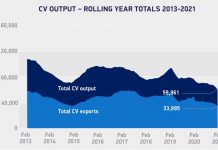