Family-owned Allen Logistics turned once again to MBNI Truck & Van for the latest additions to a fleet in which Mercedes-Benz now holds sway.

The operator’s two new Actros tractor units – its first to be equipped with ground-breaking MirrorCam technology – are working between its headquarters in Craigavon, Co. Armagh, and a depot in Lutterworth, Leicestershire.

Meanwhile, the pre-owned 18-tonne Actros which it purchased shortly afterwards is assigned to palletised distribution, and working primarily within an hour’s drive of base.

A three-time winner of the prestigious Haulier of the Year trophy at the annual Export & Freight Transport & Logistics Awards, Allen Logistics has been gradually shifting the balance of its mixed-marque fleet in favour of Mercedes-Benz. Today, roughly two-thirds of its vehicles wear three-pointed stars.

The new tractor units are both 2548 variants with flat-floored 2.5 m StreamSpace cabs and 12.8-litre in-line six-cylinder engines with 350 kW (476 hp) outputs. Their impressive specifications include upgraded versions of Mercedes-Benz Trucks’ radical Multimedia Cockpit, which replaces traditional switchgear with stylish and intuitively operated twin screens – in optional interactive form, this features a larger, 12in instrument panel and comes with extra functionality, including satellite navigation.

Acquired with competitive funding support from Mercedes-Benz Finance, the Actros have replaced vehicles by another brand. They leave Belfast each Sunday night bound for Birkenhead, then Lutterworth. Through the week they run trailers between the depot and port, before returning to Northern Ireland on Friday nights.

Allen Logistics Managing Director James Allen confirmed: “We favour Mercedes-Benz trucks for their ‘bulletproof’ reliability and attractive whole-life costs of operation. The new units are performing well in terms of fuel-efficiency and the drivers are very happy with them.

“They like their comfortable cabs and the smart new dash layout. They also needed very little time to get used to the MirrorCam system, which we were keen to introduce to the fleet because of the safety benefits it offers. Not only does this impressive technology provide improved rear vision, but it also eliminates the forward-facing blind spots caused by mirrors.”

As with its other Mercedes-Benz tractors, the latest two are the subject of Mercedes-Benz Complete Service Contracts – although work is sometimes carried out at MBNI Truck & Van’s main workshop in Newtownabbey, most inspections and maintenance are undertaken at the Dealer’s branch in Dungannon, which is less than 20 miles away.

However, the 18- and 26-tonners that form the backbone of the fleet are serviced at Allen Logistics’ own maintenance facility, for which MBNI Truck & Van manages an imprest parts stock.

“Given the nature of the work, and the fact that the trucks aren’t covering high mileages, it makes sense to purchase top-quality pre-owned models from Mercedes-Benz for our palletised collections and deliveries,” explained James Allen.

“Experience has proved that other makes of truck don’t last anything like as long, while those we buy from MBNI Truck & Van are always beautifully presented and come with full histories.”

He added: “The Dealer’s Truck Sales Executive Tim Moore is very responsive and provides a first-class service. The same is true of his aftersales colleagues – parts availability is very good, and they can always be relied upon to get a vehicle into the workshop at short notice when we need them to do so.”

In addition to its mainstream distribution operations between the UK and Ireland, Allen Logistics is a member of the Hazchem Network and offers warehousing and European freight forwarding services, specialising in Scandinavian markets. 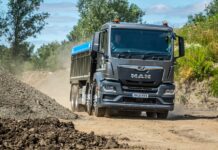 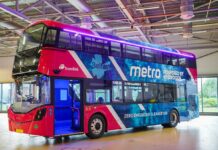 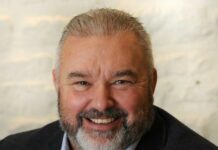 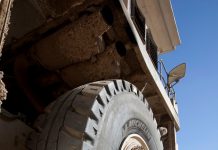 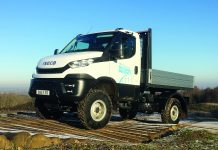 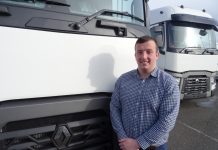